Understanding the basis of mastitis in dairy cattle

Anatomy and physiology of the udder

To understand better the mastitis in cattle, the authors thought that a brief introduction of the udder physiology and anatomy is needed. We will review it and also the natural mechanism of the udder and the milk composition.

The udder is composed of 4 anatomically separate mammary glands, or quarters, divided left from right by the suspensory ligament and anterior from posterior by a thin membrane.

The milk is produced in the alveoli and is transported through a duct system to the cisterns (udder and teat) where it is stored before finally being evacuated during the milking. 70% of the milk is stored in the alveoli, while the other 30% remains in the udder cistern. Each alveolus is fed by an arteriole which contains blood with all the elements needed for milk production. The cells that cover the alveolus segregate milk, transforming the elements from the blood into milk components (lactose, protein, fat).

“To produce 1 litre of milk, 500 litres of blood must pass through the udder.”

Surrounding each alveolus are the myoepithelial cells, which are tiny muscles that squeeze the alveolus to let the milk out during milking.

This is called milk let-down and is stimulated:

An intramammary infection (IMI) can cause permanent damage in the secretory tissue, which can be replaced by scar tissue, decreasing milk production.

The teat cistern and the gland cistern are connected by the annular ring. The teat canal is surrounded by muscle in the form of a sphincter which has the function of closing teat canal.

Genetic selection for higher yielding and faster milking cows to improve the efficiency of milk harvesting has resulted in an increased risk of new intramammary infections. Higher yielding cows tend to be “faster milking” with higher peak flow rates, in part due to a more open teat canal, resulting in increased infection risk compared to lower yielding “harder to milk” lower peak flow rate cows. The internal part of the teat canal is covered by keratin. Any bacteria present in the teat canal tend to be trapped in this keratin and both are removed during the milking process. The keratin will be replaced and in a well milked cow the production and removal of Keratin are in balance.

“A poorly set up or badly maintained milking machine can upset this balance resulting in excessive keratin production and removal a condition known as hyperkeratosis.”

Udder conformation is critical for ease of milking. The teat end is an important first line defence against new intramammary infections and if damaged not only can this defence be compromised but the teat end may then harbour mastitis pathogens such as S. aureus.

Therefore, it is clear that all these factors have a direct effect on milk production and that healthy udder produces more and better quality milk.

The value of milk produced on a dairy farm is based on both quality and composition. In order to maximise milk price the following parameters need to be optimized.

A | Physical and chemical composition

Somatic cells are leukocytes plus epithelial cells. When an infection occurs, leads to an increase in SCC in milk, which indicates that there is an inflammatory reaction occurring.
However, there are some exceptions; for example, a cow with a SCC of 50,000 might be infected and another with 300,000 may be healthy.

This can occur when mastitis is caused by S. aureus – we may see a low SCC (big variations) but bacteriologically, the cow is infected. A sudden increase in the SCC frequently indicates a new infection, while a continuous increase is normally a sign of chronic infection. Bulk-tank somatic cell count (BTSCC) or herd SCC gives an indication of prevalence or proportion of infected cows within a herd.

As a rule of thumb for every 100,000 cells per ml increase in BTSCC there is a 10% increase in the proportion of infected cows within the herd.

BTSCC targets will vary from country to country and herd to herd however a 400,000 cells/ml upper legal limit for milk to be used for human consumption is common in many countries.

CFUs and BTSCC thresholds are determined from a 3 month geometrical mean (the nth root of the product of n numbers). With these parameters, mainly with the somatic cell count, we can calculate the sanitary index.

To have a healthy herd, it’s a good idea to at least do one individual cow SCC recording every month. 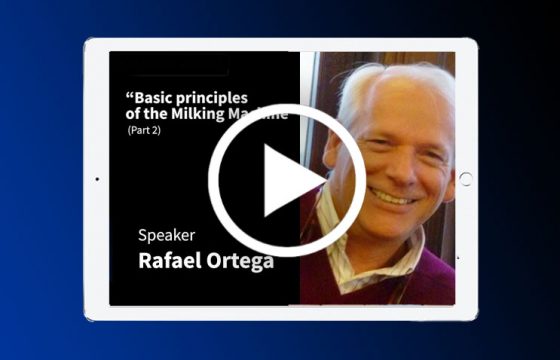 Do you want to know the basics about the milking machine? (PART 2) 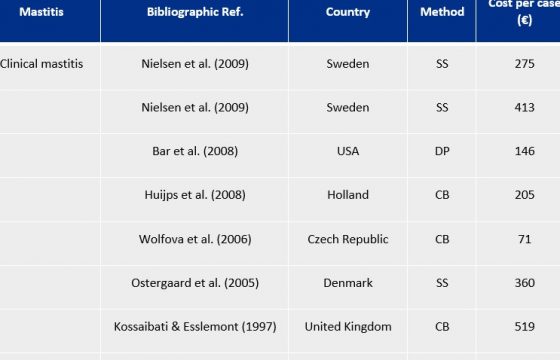 How to make an economic evaluation of vaccination plans against Escherichia coli mastitis?

Costs related to clinical mastitis and milk quality have been a source of concern for dairy farms for many years. …
Read more