Bovine mastitis evolution: How has this inflammatory process changed over time?

Mastitis in dairy cows is evolving, and therefore prevention and control strategies have to change as well. In a world in which we have to be more and more fastidious as regards the quality of milk on our farms, Dr. Iván Mato uses here an educational approach to explain how exactly bovine mastitis has evolved in the last decade. 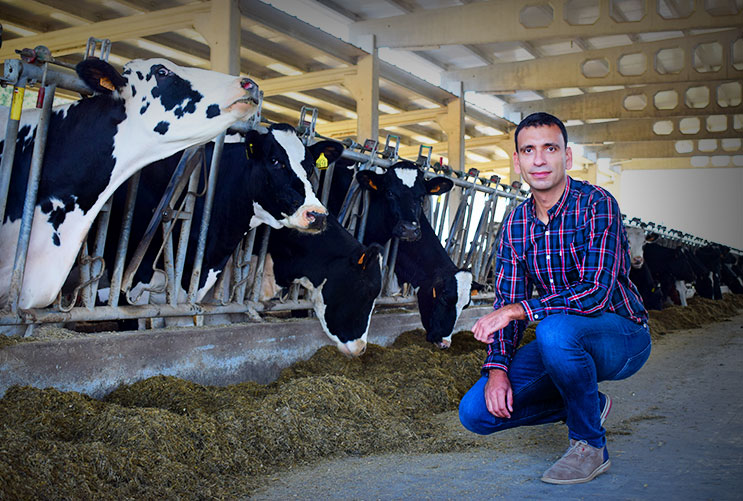 Bovine mastitis, characterised by the inflammation of the mammary gland, is one of the diseases with the greatest economic impact on milk production and is perhaps the best known amongst professionals in the sector.

Its enormous impact is due to the fact that it directly affects the producing organ, the mammary gland, affecting the quality and health condition of the milk, as well as compromising the productive capacity of the animals.

The entry of a potentially pathogenic microorganism through the teat canal represents the start of the process.

From this moment onwards, the characteristics of the pathogen itself (virulence and resistance factors) and the immune status of the cow will determine the form that the disease takes.

In terms of the individual animal, we can classify mastitis in dairy cows into two broad categories:

We are faced with a situation of clinical mastitis when on examination of the animal we find visible signs that are typical of this process:

(A) Change in the milk that is produced (formation of clots, change of colour or texture, presence of blood)

(B) Visible inflammation of the mammary gland, with one of the four quarters generally affected, which is increased in size and consistency (swelling), heat, reddening of the skin and sometimes pain on palpation or during milking.

(C) Impairment of the cow’s general condition. Apathy, lack of appetite, fever and dehydration are observed and in the most severe cases it will be lying down, unable to get to its feet.

A case which involves only a change in the milk is defined clinically as mild(A); when there is also swelling of the udder, we speak of moderate clinical mastitis (A+B); if the animal’s general state of health is compromised, this is severe mastitis (A+B+C).

Very often, the inflammatory reaction of the gland does not take the form of changes that are observable on routine examination of the udder and the milk, which is carried out to a more or less meticulous degree at each milking.

In order to detect subclinical mastitis, additional tests are needed, the most common being the California Test (CMT), measurement of the electrical conductivity of the milk (a method which is installed in some milking systems) and the individual somatic cell count (SCC).

The SCC is the most widely used parameter for the identification of cows with subclinical mastitis, those with a value in excess of 200,000 cells/ml being considered to be infected.

Subclinical mastitis is often a result of the chronification of clinical cases in which a cure has apparently been achieved as the visible signs have disappeared, but the infection has not been completely eliminated and has become persistent.

The development of resistance by the pathogens means that the efficacy of the treatments applied, based on the different antibiotics indicated for bovine mastitis, is reduced over time with their continued use.

2. CLASSIFICATION ACCORDING TO THE ORIGIN OF THE INFECTION

Depending on the origin and the epidemiological behaviour of the pathogenic agent, bovine mastitis is usually classified as contagious or environmental.

Some bacteria are always transmitted from cow to cow – these are pathogens which are adapted to living in the gland or on the skin of the udder, the clearest examples of contagious mastitis being those caused by Staphylococcus aureus and Streptococcus agalactiae.

On the other hand, micro-organisms such as Streptococcus uberis, Escherichia coli and various coliforms, inter alia, come from the animal’s surroundings, primarily its bedding, and are typical of environmental mastitis.

This classification: contagious/environmental, is an attempt to simplify a more complex reality in which some strains which grow in the environment, after infecting the udder, acquire capabilities which enable them to survive by resisting antibiotic treatment, multiplying and being transmitted to other cows, thus behaving as if they were contagious.

The most widely studied example of this “mixed” behaviour is that observed in herds with a high incidence of S. uberis infection.

Although the origin of bovine mastitis has many causes on all farms, depending on the pathogen or pathogens that are mainly involved in the individual cases, the problem with which we may be faced at herd level will be more or less an approximation of one of the following two general patterns:

1. Cases of subclinical mastitis predominate and any clinical cases are mainly mild, with a low frequency of moderate and serious cases.

2. The percentage of cows with a high somatic cell count (>200,000 cells/ml) is increasing, exceeding 20% of milking animals which is set as the objective.

3. A trend towards chronification of infections, with a reduction in the cure rate; the percentage of chronic cows (>200,000 cells/ml in two consecutive tests) is above the acceptable 10%.

4. As a consequence of the above, the tank somatic cell count is high, with the milk from some chronic cows having to be discarded to correct it.

1. The percentage of moderate and severe cases is increasing and exceeds 10% of the total clinical cases.

2. The clinical cases are concentrated in the peripartum period and the rate of bovine mastitis in the first 30 days of lactation is high, in excess of 5%.

3. Cases of hyperacute mastitis in dairy cows are recorded, including with fatalities.

This data analysis, based on the identification of the predominant pathogens, obtained by sending samples to the laboratory or from on-farm cultures, provides us with the necessary information with which to diagnose the origin of the problem and to establish corrective measures. 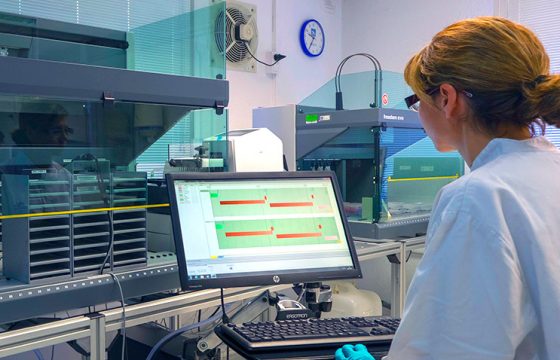 SCC in milk: Have an overview on how your farm is performing!

How often do you check the Milking Machine? Tips to prevent contagious mastitis in cattle

The role of the milking machine is crucial to the prevention of mastitis in cattle. Find here a list of parameters to check during …
Read more