Here’s the story of a typical dairy farm that was dealing with the typical bovine mastitis problems, having all values within the normal range… Until one day, the owner decided to quantify the costs that bovine mastitis represents. Noticing about the enormous amount of money it implies, he decided to try a vaccine in one group of animals and asked his veterinarians to calculate the return on the investment…

A real test on a real farm with a real vaccine

This particular dairy farm had high economic losses due to chronic bovine mastitis caused by coliform agents,  although all values were within the normal range. 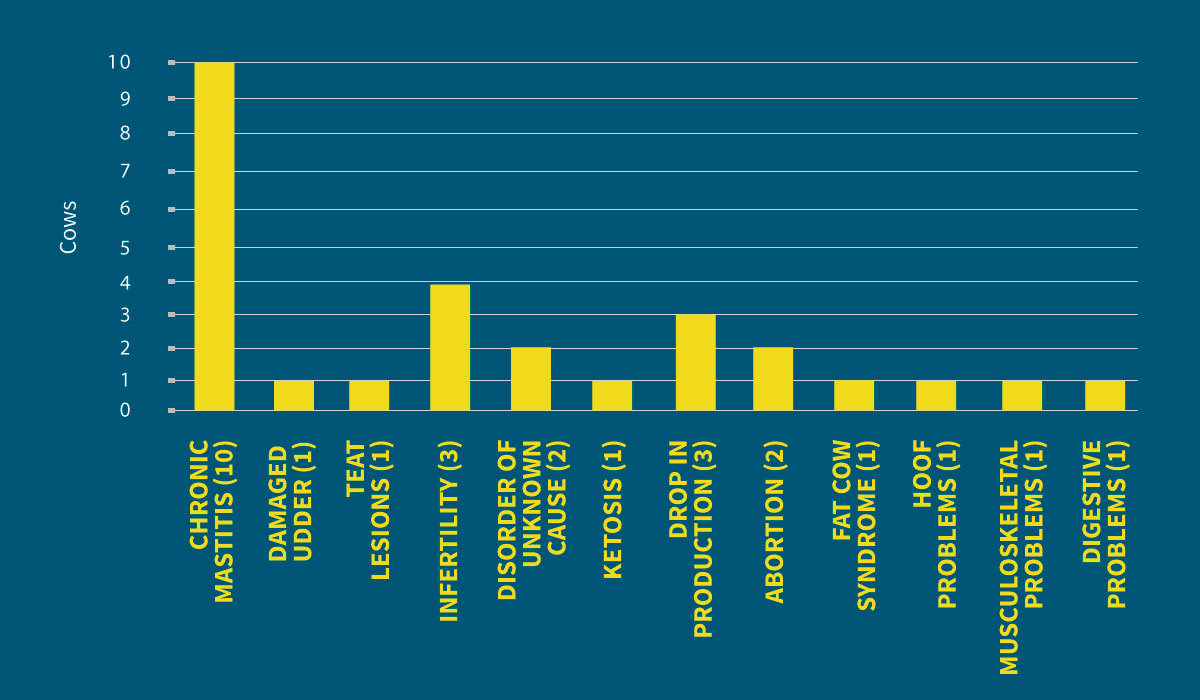 On the other hand, it registered high total cell count and high costs associated with the use of intramammary antibiotics (see Figure 2). 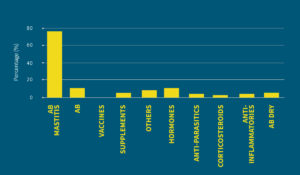 During 2009, this farm had costs of approximately 11,000 euros for intramammary antibiotics used for treating clinical bovine mastitis in lactating cows, which corresponds to 72% of the total cost for drugs.

In order to evaluate the efficacy and cost-effectiveness of a vaccine against bovine mastitis, the farm used STARTVAC® vaccine without altering the established preventive control.

Do all these numbers and figures seem familiar to you? As a veterinary or milk quality consultant, have you got farms that register similar problems and costs due to bovine mastitis?

What are the standard costs of bovine mastitis on a normal dairy farm?

We must add to these economic losses the immediate costs associated with the treatment of bovine mastitis, the value of discarded milk and penalties on the milk price as a result of an increased somatic cell count (SCC) and total bacterial count.

In addition to all of this, we know that many cases of bovine mastitis lead to the loss of one or more udder quarters and early culling of some cows.

Bovine Mastitis: Calculate your own costs with an online calculator

Here is a great tool to calculate the exact economic losses that bovine mastitis is causing on your farm/s:

Startcost is a free online calculator to evaluate your mastitis costs.

This program will allow you to find out the exact amount of money you are losing due to clinical and subclinical mastitis and to easy analyse the production losses associated with bovine mastitis.

Can bovine mastitis be eradicated? 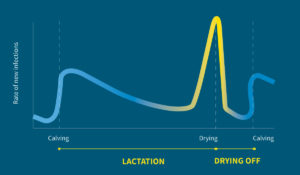 Unfortunately, the answer is NO.

Mastitis can never be eradicated, because the various types of bovine mastitis are the result of multiple factors: animal, environment, handling, milking routine and microorganisms.

High milk production is also one of the predisposing factors for the occurrence of bovine mastitis because it increases the sensitivity of the udder to infections.

Several studies have shown that nearly half of the cases of environmental mastitis developed in early lactation were related to infections acquired during the dry period (Bradley et al., 2000) (see Figure 3 above).

In the field of bovine mastitis control, apart from antibiotics, environmental management, hygiene measures and milking routine, a prophylactic vaccinal treatment is now emerging in Europe.

The J5 type vaccines (E. coli) have been available for several years in the United States.

They are used in the prevention of mastitis caused by coliform bacteria such as E. coli, Klebsiella spp, Citrobacter spp and Enterobacter spp.

According to several studies, administration before calving in adult cows and heifers is a solid investment with a significant economic benefit.

Stay tuned for part No. 2 of this post where we will explain the effects of vaccination and the final return on the investment!

Recent publications have shown an increase in the prevalence of Strep uberis in Europe. With the aim of knowing more about this pathogen, we …
Read more

When it comes to bovine mastitis, the teat end acts as a “main-door” barrier that protects dairy farms from those pathogens causing bovine mastitis. …
Read more