The Scientific Basis for the Benefit of E. coli Vaccines, Scientific Review

In the previous post,  Oriol Franquesa Oller explained the importance of collecting information to lay the foundations and set up a scenario that allows us to make an economic assessment of vaccines to prevent mastitis in dairy cows. In this post, we will see what science has to say about the use of these vaccines.

What does science tell us?

Reviewing the scientific literature, we found many articles on the use of J5 vaccines against mastitis caused by E. coli, and some of these articles also provide us with a financial estimate for this investment. Some are derived from practical field evaluations while others are estimates based on computer models, but they all point in the same direction.

“J5 vaccination always provides benefits for the farm when there are problems of environmental mastitis caused by E. coli or coliforms”.

Some of the most interesting parts are reviewed below:

In 1998, Allore et al. (1) assessed the economic impact of different strategies for improving milk quality, including prevention, treatment of clinical mastitis, antibiotic therapy at drying-off and J5 vaccination, establishing actions in a scenario of contagious mastitis and in a scenario of environmental mastitis.

As expected, they found that each time one of these actions is added to our action plan, it increased economic performance owing to the improvement in milk quality and reduction in clinical mastitis problems, so they established a ranking of the most profitable actions. In the case of farms with environmental mastitis, they observed a dramatic jump when J5 vaccination was introduced, increasing farm profitability between US$ 40 and US$ 60 per cow per year.

Dr Alfonso Lago, in 2012 (12), conducted a study on the economic return of the use of J5 vaccines in 6 herds in Spain, and estimated that the net return obtained was €25 per cow in the first 130 days in milk. 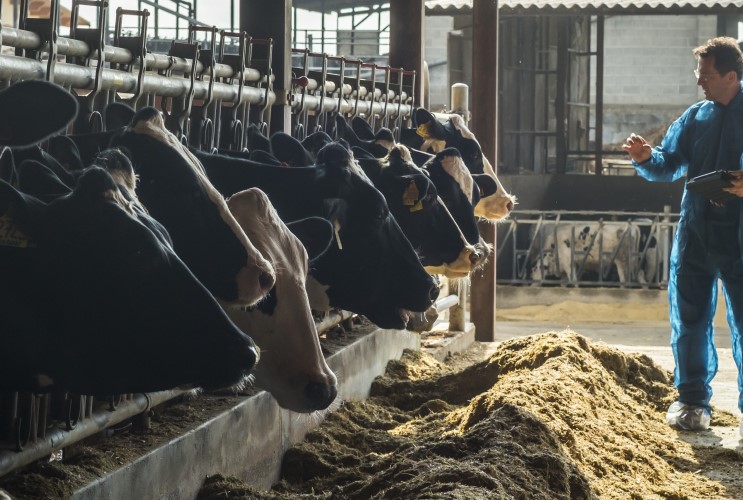 In 2015, Bradley et al. (6) conducted an extensive field study in the United Kingdom, where 3 groups were established. One group received the blanket vaccination (all the animals at the same time), another group received the vaccine with one protocol during drying-off and post-partum, and a third control group without application of the vaccine plan.

No significant differences were observed in the incidence of clinical or subclinical mastitis cases, but there was a significant difference in the severity of the mastitis. The economic result showed a return in investment of 2.6:1 based on greater milk yield alone in the first 120 days of milk.

In 2015, Baucells J (5) also reported a field experience in a herd with 850 adult cows in Catalonia. They concluded that the direct effect of vaccination represented an increase in benefits of €14.40 per cow and year in terms of cases of clinical mastitis, and when milk reassessment was added when obtaining a quality bonus due to low somatic cell count, these benefits increased to €60.20 per cow per year. They estimated an ROI (Return Of Investment) of 500%.

Finally, in 2016, there was the study conducted by Kessels et al. (9), where an economic model was used to estimate the impact of the J5 vaccine plan. They estimated an increase in net benefits of between US$ 5 and US$ 8 per cow per year, even in scenarios where there was no reduction in the incidence of clinical mastitis due to the reduction in severity

In addition to these specific studies on the economic benefit of E. coli vaccination, we can also find some interesting reviews, such as that of Wilson and González in 2003 (11) or Nickerson and Oliver in 2014 (4), which indicate the pros and cons of using these vaccines with a greater perspective.

As we have reviewed in this series of posts, the answer to the question of whether we are going to obtain benefits when implementing a vaccine plan for E. coli on our farm will not be the same for all farms. It is therefore very important, first, to ascertain the financial cost of this disease on each farm; second, to determine the aetiological agents that are causing these cases of clinical mastitis on our farm; and if it is E. coli or coliforms, to explore the option of applying a vaccination plan against mastitis using a J5 type vaccine.

Finally, if we ultimately choose to start using these vaccines, it is important to establish a reasonable period of evaluation (normally one year) and, once this period has ended, to perform another economic assessment to give us the response that we are looking for. 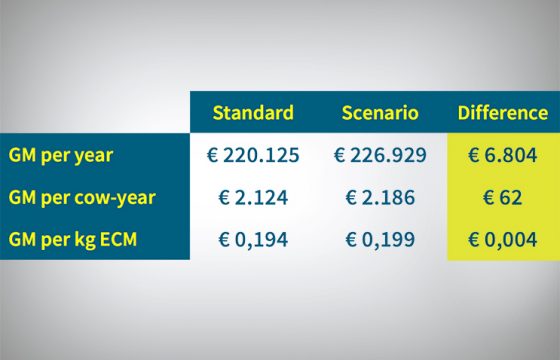 Environmental control (II): Bedding materials and its effect on mastitis in dairy cows

When it comes preventing mastitis in dairy cows, it is very important to work with a holistic mastitis control plan. Bedding materials can be …
Read more