Knowing the pathogens: The most useful tool for a correct bovine mastitis control program

The “M² Magazine” (a bovine mastitis and milk quality publication for the dairy professional), published in November this paper about a new tool to detect bovine mastitis pathogens and its diagnostic.

Can you imagine a world without mastitis in dairy cows?… It sounds like utopia, doesn’t it?

In recent years, many milk quality programs have helped dairy farmers worldwide to control mastitis. But still bovine mastitis continues to be the most frequent and costly disease of dairy cows. Everyone involved in milk quality such as vets, farmers and dairy sector professionals want to know the predominant type of pathogen involved in clinical and subclinical mastitis on the farm.

In other words, identifying the type of bacteria on a dairy farm will always allow you to target the correct preventive measures, and to confirm the relevance of vaccination against bovine mastitis.

For this reason, HIPRA, the Animal Health company who offers advanced diagnostic programes for field veterinarians,  has recently developed a useful diagnostic tool known as UDDERCHECK that uses a new methodology to detect the major mastitis causative agents in collected milk.

The main reason for the development of UDDERCHECK was to cover a gap in the previous HIPRA mastitis diagnostic tool called STARTCHECK. Unlike STARTCHECK, UDDERCHECK is suitable for the detection of Strep. uberis, one of the most intriguing bacteria affecting European herds. Strep. uberis is frequently reported due its increasing incidence in clinical mastitis and the difficulties encountered when treating it with standard antibiotic protocols.

It is well known that over 90% of mastitis-causing pathogens are bacteria. Some of these are found in the udder tissues, spreading from cow-to-cow (contagious pathogens such as S. aureus) or in the cow’s surroundings (environmental pathogens such as Strep. uberis, E. coli, coliforms), such as bedding materials, manure and soil. Another group are mixed bacteria which are mainly represented by Coagulase Negative Staphylococci (CNS).

Bovine mastitis is a complex disease, which is why we need to work on different levels. The same applies to the diagnosis of mastitis. UDDERCHECK can be used to complement the Somatic Cell Count (SCC) and bacterial culture to monitor mastitis at herd level(1). 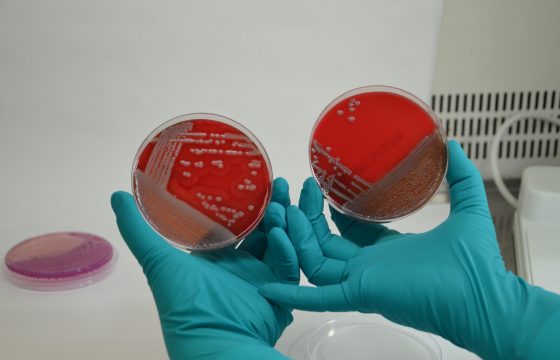 Detection method depending on the pathogen we are dealing with

Owing to the fact that bovine mastitis is a multifactorial disease (like other diseases in any farming production), a holistic approach is needed in …
Read more

Want to reduce the risk of mastitis in dairy cows? Reviewing your milking parlour can help!