In previous posts, we talked about the importance of knowing which pathogen is causing the bovine mastitis problem in your farm. Recent publications have shown an increase in the prevalence of Strep uberis in Europe. With the aim of knowing more about this pathogen, we share with you this publication of Doctor Volker Krömker to learn a little bit more of this pathogen.

Improved management on modern dairy farms decreases the relevance of subclinical mastitis. Clinical bovine mastitis is still a common and costly disease on dairy farms all over the world (IDF, 2005; Hogeveen et al., 2011). For several years, Streptococcus (Strep.) uberis has been the most important causative pathogen for clinical mastitis in many countries of the world (Fig. 1): 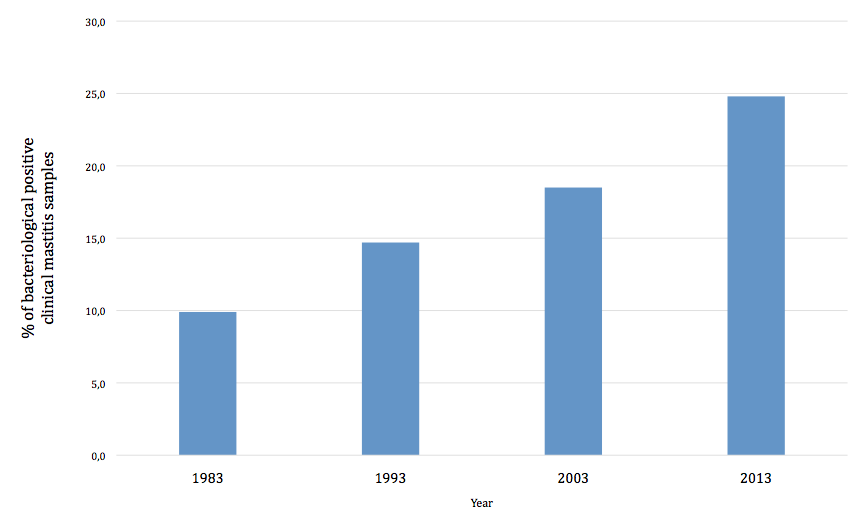 On blood agar plates, Strep. uberis grows at 30 to 37°C. Colonies have a diameter of 1 to 2 mm after an incubation period of 24 to 48 hrs. Adding 0.1% aesculin to the medium enhances bacteria identification, as Strep. uberis and enterococci hydrolyse aesculin to glucose and aesculetin. Examination under ultraviolet light confirms this reaction. 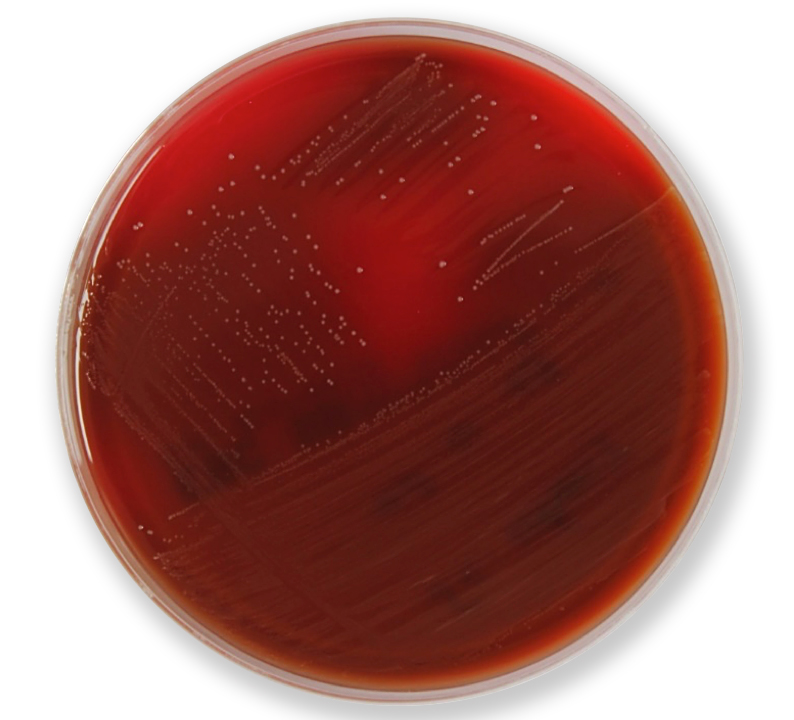 At present, many routine laboratories do not selectively differentiate Strep. uberis. Due to the rising cost pressure of high frequency analyses such as the microbiological investigation of quarter foremilk samples for bovine mastitis pathogens, identification is often limited to aesculin-hydrolysing streptococci, failing to differentiate Strep. uberis and enterococci or to identify aesculin-negative streptococci.

Several virulence factors are known for Strep. uberis. However, there are considerable differences in the exhibition of virulence factors between the various isolates. Biofilm formation is an important virulence factor that may cause recurrent or persistent mastitis in cattle by impairing the host immune defence and through the protection of antimicrobial substances. Nearly 100% of Strep. uberis strains are able to produce biofilms in vitro. Moreover, the enzymes produced by Strep. uberis seem to play a decisive role in the distribution of infections with this pathogen, which is able to impede the proper development of the mammary gland and to induce the formation of capsules in the tissue.

Strep. uberis is a ubiquitous microorganism, which colonizes animals as well as their environment. Environmental streptococci are responsible for about one third of all clinical mastitis in dairy cows cases. The pathogens enter the mammary gland via the teat canal. High pathogen levels in the animals’ environment increase the infection rates. Zadoks et al. (2005) found that Strep. uberis was present in 63% of environmental samples (i.e. earth, vegetable material and bedding), in 23% of faecal samples and 4% of milk samples. During summer (grazing season), contamination rates in bovine faeces are higher than in other seasons. Straw and other organic bedding material enhance the growth of Strep. uberis. If several cows in the same herd are infected, it is quite unlikely that all infections are caused by one identical Strep. uberis strain. Udder infections, which are caused by one dominant Strep. uberis strain, tend to persist on the farm for a longer period than udder infections caused by a multitude of strains. Most infections do not last a long time (16-46 days).

The cases of clinical mastitis in dairy cows caused by Strep. uberis are clearly associated with hygiene (cleanliness and dryness) in husbandry, feeding and machine milking. Strep. uberis infections of the mammary gland can occur during the dry period (evaluation of the new infection rate in the dry period) and often develop an acute course in the following lactation. Straw and other organic bedding materials promote the growth of Strep. uberis. 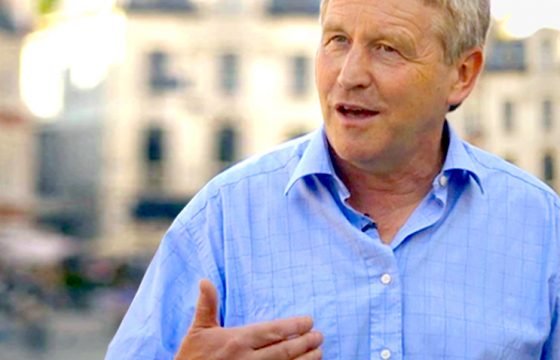 5 Tips to control the most frustrating bovine mastitis, by Andrew Biggs 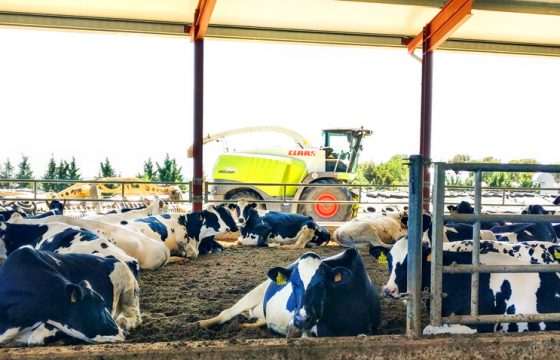