Efficient milking routines: how to minimise the risk of mastitis in dairy cows

The milking routine has to be systematic, consistent and always the same in order to facilitate the work of the milkers and to achieve the maximum welfare of the animals, and minimise the risk of mastitis in dairy cows. In this post we will be talking about the sequence of one of the most important operations for the correct stimulation of the milk let-down.

Objectives and role of the pre-milking routine to prevent mastitis in dairy cows:

The main objectives of a consistent pre-milking routine are:

Therefore, in order to achieve a rapid, efficient milking process and control the mastitis in dairy cows, the pre-milking procedures should ensure that milking units are applied to clean, dry and stimulated teats.

Beginning of the routine:

The milking routine starts with the movement of cows to the holding pen or to the milking parlour. Cows should be managed gently and calmly, in order to reduce stress and to avoid inhibition of the milk let-down reflex.

Stressed cows will increase the occurrence will be beneficial on parlour efficiency and can reduce the stress to cows and operators.

Milkers should wear gloves, because contagious mastitis pathogens, such as Staphylococcus aureus, may be present on the milker’s hands and can be transmitted to cows during milking.

Therefore, wearing gloves will reduce the spread of contagious pathogens, and will protect the milker’s skin from contact with chemicals.

Pre-milking procedures can be in 3 basic categories:

Dairy herds using complete pre-milking procedures will improve milk yield per cow when compared to herds that use minimal procedures, and reduce the risk of mastitis in dairy cows.

One possible explanation is that when milking units are attached to cows with minimal preparation procedures, the milk flow is reduced for 60 to 90 seconds after the start of milking.

Therefore, the decision about which specific pre-milking procedures should be used depends on:

When the farm decides to use a complete milking routine, the most frequently used pre-milking procedures in modern dairy herds are: 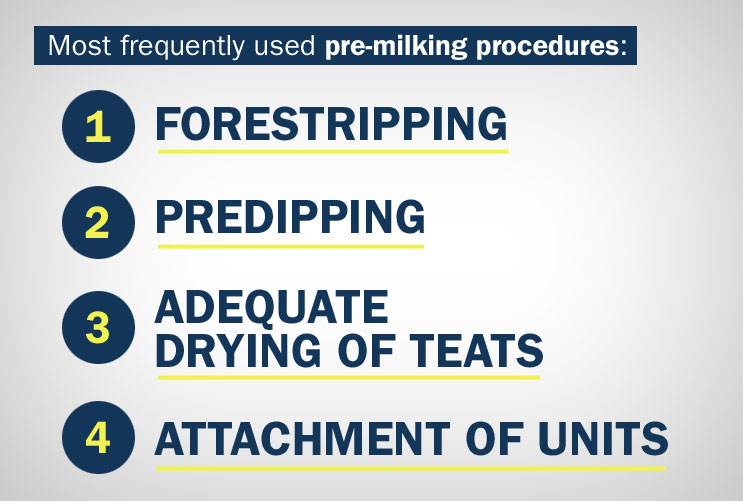 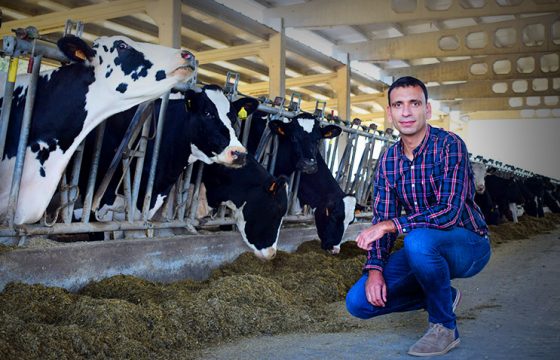 Bovine Mastitis evolution: How has this inflammatory process changed over time?

Mastitis in dairy cows is evolving, and therefore prevention and control strategies have to change as well. In a world in which we have …
Read more 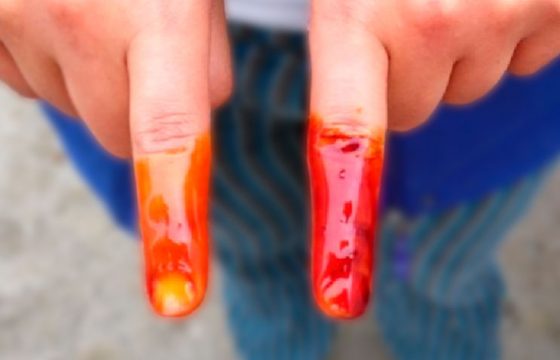 Substances to be used in teat dips

In this post entry we will look at the differences between the actives and realise that there are many similarities e.g. often being inactivated …
Read more