NMC Milan: What to expect from the largest event on mastitis in cattle

As the date for the international conference of the National Mastitis Council (NMC) is approaching (June 2018), we’d like to give you an insight into what to expect at this year’s congress. As you may know, the hot topics of the congress will be antibiotic resistance, bedding management and mastitis and immunity, among others. We asked the NMC 2nd Vice President to answer some questions about what will be happening at the most important event on mastitis in cattle and review with him how the Congress has evolved over the last few years.

The industry is constantly evolving and we need to keep updated regarding milk quality management and mastitis in cattle prevention.

There’s no better way to do this than by attending the National Mastitis Council International Conference (NMC), which, for the second time in its history, will be held in Europe, more specifically in Milan on June 11, 12 and 13. In order to give you an insight into what to expect at this year’s congress, we interviewed the NMC 2nd Vice President (Mr. Sarne De Vliegher).

Do you remember the first time you attended the Annual Meeting in the US?

Yes, I still remember the 2004 Annual Meeting in Charlotte, US.

I must have attended some meetings before that year, though, but I remember this one especially as I was invited to speak about my favourite topic at that time, heifer mastitis, which was a great honour.

What was your reason for getting more involved and becoming part of the board?

I became more involved in the NMC as a member of the International Advisory Committee that was at that time trying to create common ground to get NMC involved in international meetings outside of North America.

In 2007, I organized the Heifer mastitis Conference in Ghent, Belgium, allowing us to take small steps towards a more integrated cooperation for future international meetings.

This eventually resulted in the Ghent meeting in 2014, which was seen as a true international NMC meeting. In the meantime, NMC had teamed up and was involved in some Chinese dairy meetings and was very much involved in the mastitis in cattle conference in Bejing in 2017.

In the meantime, I was asked to become a member of the board of directors of NMC, starting in 2012, which has helped me to appreciate the NMC as an organization more. This position has allowed me to push the NMC to become a more global organization, which it is today, although the need to keep pushing remains present.

The new management team in place has helped to make things possible and I see a great future for NMC as the global reference organization for udder health and milk quality.

The NMC conference has only come to Europe once (Milan will be the second time) and you and the M-team were the host in Ghent. Can you tell us more about this experience?

The Ghent meeting was an overwhelming success, which was only possible because of the efforts of the entire M-team. The whole organization was an exciting yet at times stressful experience, but we made it and thinking of it still makes me smile.

I am extremely proud we did it and I believe we paved the way for many more international NMC meetings in the future.

What do you expect from the conference in Milan?

The Milan meeting will be a great and exciting meeting as well, bringing people from around the world together to discuss and learn about udder health and milk quality. I expect to see many people, and the programme already looks great.

I am really looking forward to being there, as well as attending and chairing the meeting HIPRA is hosting.

We would like to thank Mr. Sarne De Vliegher for finding some time to share his answers with us.

Moreover, during the NMC a very interesting Symposium entitled “Take Control of Strep. uberis” organized by HIPRA will take place on June 11th . Also, during the congress coffee breaks, this company will held a “Me-to-Me session” , an oportunity to meet and chat in person with several milk quality experts from around the world.

See you all in Milan! 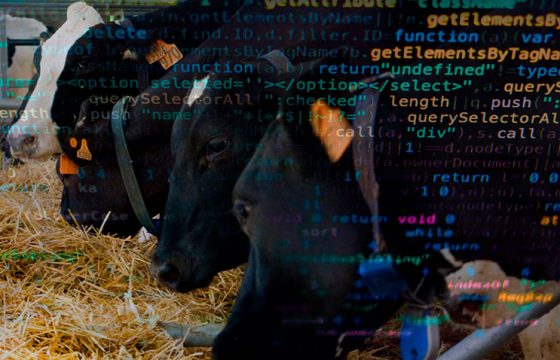 Analytics & Bovine Mastitis: How can DATA help you to make the right decisions?

You may be familiar with the concept of “Big Data” (extracting and analyzing huge amounts of information to detect insights and optimize processes), but …
Read more

Environmental control (III): Organic bedding materials and its effects on Mastitis in cattle

In previous posts we reviewed the inorganic bedding materials and its role in mastitis in cattle. Today we will review the most important organic …
Read more